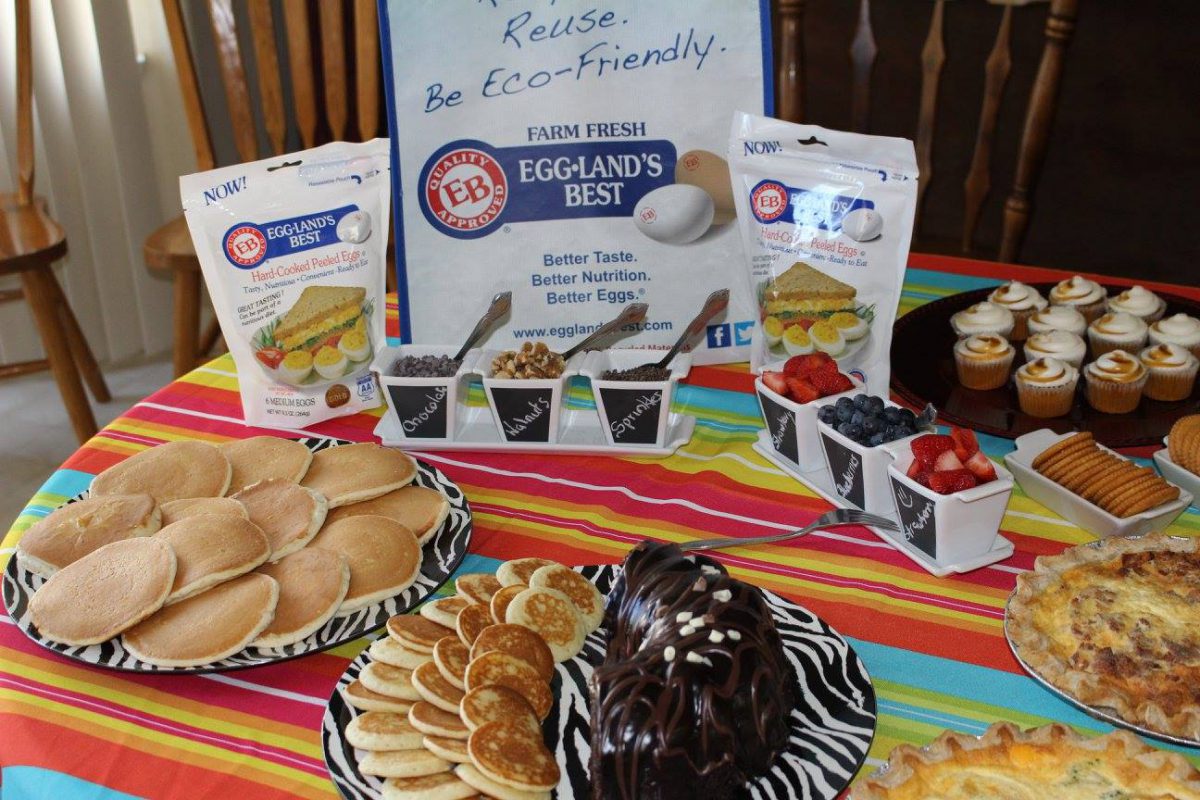 On Sunday, September 20th, I enjoyed the company of local Natomas and Elk Grove families. I invited them over for a special taste testing with Eggland’s Best. I was delighted to host this event as I know how much my kiddos enjoy their eggs, whether fried, scrambled, baked or boiled! Those who attended, enjoyed the offerings and appreciated that Eggland’s Best strives to provide a nutritionally superior egg that is the best in quality, taste and freshness. 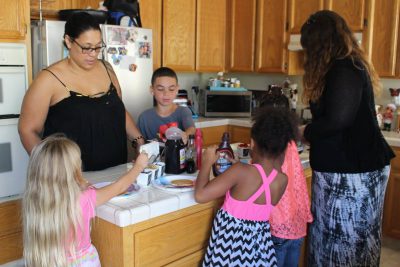 We enjoyed several recipes utilizing Eggland’s Best eggs, including a delicious Broccoli and Cheddar quiche, Caramel Cupcakes, Chocolate Bundt Cake, pancakes and so much more… The kiddos thought it was fun having hard boiled eggs and utilizing the Eggland’s Best serving spatula for our pancakes. 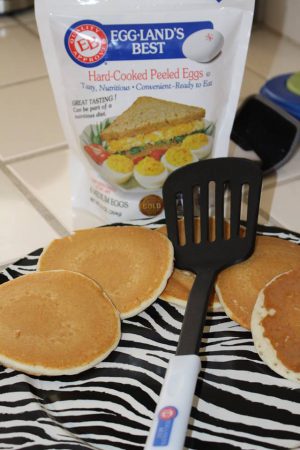 To learn more about the nutritional benefits of Eggland’s Best eggs versus other eggs, click here. 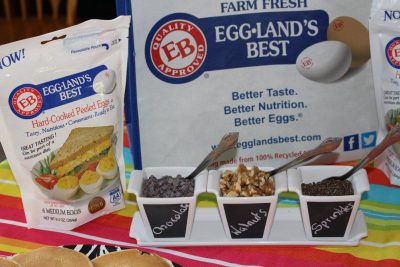 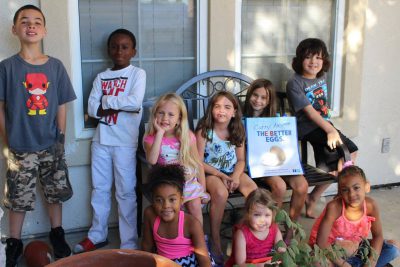 Check out all the photos from my party on my Pinterest Board here.

*In exchange for this review, Eggland’s Best eggs provided me with some supplies for my party. This review is entirely my own. 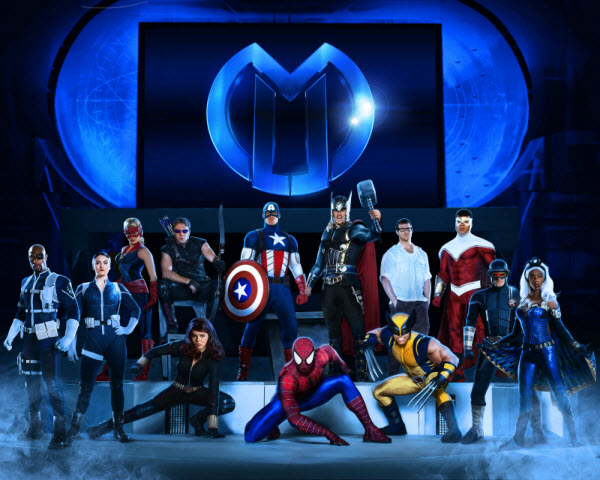 My family and I were given the opportunity to attend opening night of “Marvel Universe Live!” on Thursday March 12, 2015 at Sleep Train Arena. With 25 superheroes and villains battling for the ultimate power, this was a show my family wanted in on!

Girls have plenty to see at other shows like Disney on Ice.  Finally, there is a live show that appeals to boys!  Of course our daughter had a blast too, so even though super heroes appeal to boys more than girls, girls will find fun characters like Black Widow and Captain Marvel in attendance.  Marvel Universe Live is action packed with fight sequences, superheroes, our favorite villains, pyrotechnics, video, motorcycles, acrobatics and some very creative special effects.  The only dull moment in the show is the intermission!

The show begins with a narrator giving us background on the plot, and some giant projected video shots to support that plot.  Thor the Asgardian appears and continues the narrative followed by a huge bang and pyrotechnics, so ear muffs might be a good idea for little ears.

There is a strong storyline based on Thor’s actions, and the reaction of his half-brother Loki, which the entire show closely follows after that initial bang.   Some of the greatest heroes and villains in the Marvel universe quickly find their way into the adventure, including Spider man, Iron man, Wolverine, the Hulk, Captain America, the Red Skull, Killian, the Green Goblin, the Lizard Rhino, Falcon, Storm, and a number of other well-known heroes and villains. 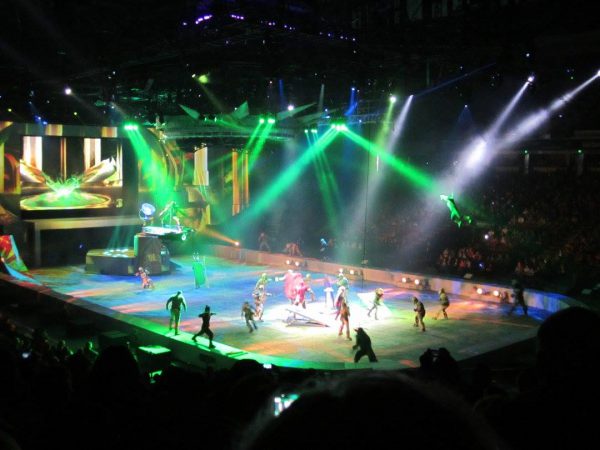 The creative plot sets up four storylines that converge and intersect as three groups seek out a power source and another pair (Bruce Banner and Wolverine) go off separately to free captured heroes from Loki’s grasp.  Each storyline features specific types of amazing acrobatic performances and fight scenes, as well as some amazing motorcycle and automotive stunt sequences.  The stunt sequences were pretty spectacular, and I quickly lost count of how many times my seven year old son said “Wow!” or “Look at that!  Did you see that?”  My son was absolutely mesmerized and had a wonderful time.

My young children never noticed the gimmicks and tricks used to make superhero powers.  There is a little bit of tongue in cheek suspension of disbelief when it comes to the costumes and special effects.  Teenagers and adults will probably notice early on that they make use of wires and pulleys to make the characters fly and zip around.  Yes, it’s true, these are actors and they don’t actually have super powers.  But the producers used some very clever and creative techniques to make spider man walk up walls and Thor fly while dishing out lightning bolts to the villains.  Before you go, remember that this isn’t a movie where they can use computer graphics to make the hulk transform right in front of your eyes and hide the blue screen.  It’s a theater production.  There will be wires, and smoke will hide the actors from time to time.  They might throw a net around some characters and shine the lights elsewhere so you don’t notice them changing the props.  But it’s still an amazing show. 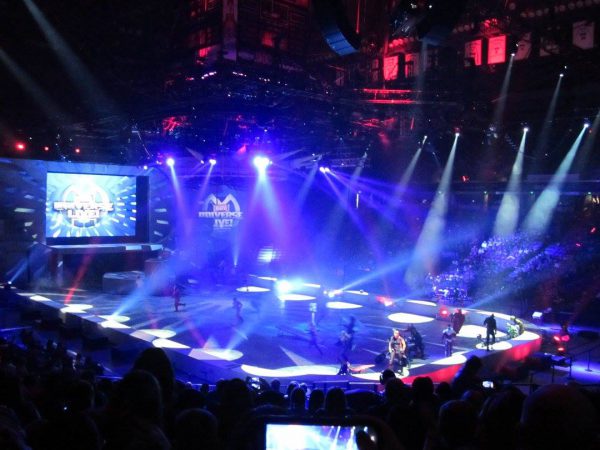 Once you forget about the wires, teens and adults will enjoy the amazing acrobatic displays.  I know I said the actors weren’t actually super heroes, but the actors must have super human endurance and agility because there are very few people who could manage the level of energy, flexibility, and strength they displayed.

As an adult I was thrilled by the motorcycle and automotive stunts.   There are a few jumps that the Red Skull and Captain America made that made my jaw drop so far I’m still trying to close my mouth.  I couldn’t believe they could pull off those stunts without crashing into a wall or falling thirty feet onto their heads.  There were certainly no wires involved in the motorcycle stunts that had me on the edge of my seat!

Another thing that teens and adults should enjoy is the strong storyline.  The action isn’t mindless displays of acrobatics or explosions, but follows a continuous story that has plenty of peril and lots of humor.  Spider man and the Goblin trade as many verbal jabs as physical ones.  The Wolverine and Bruce Banner tease each other relentlessly.  Speaking of Bruce Banner, they don’t leave out his alter persona.  There is a climactic showdown between the Hulk and Loki.  Part of this climax is my son’s favorite moment when the Hulk “smashes” a jeep!

Kids most certainly aren’t the only ones who will get a kick out of Marvel Universe Live! Teens and other adult comic fans have much to look forward to.   Yes you may roll your eyes and groan at a bad pun.  You may stop for a moment and think “who is that villain?” or laugh uncontrollably when you figure out how they faked a superpower like Captain America’s shield flying through the air.  In the end though, I’m pretty confident that you will join in the applause at the end of the show when the good guys conquer the villains. Marvel Universe Live is fun for the entire family! 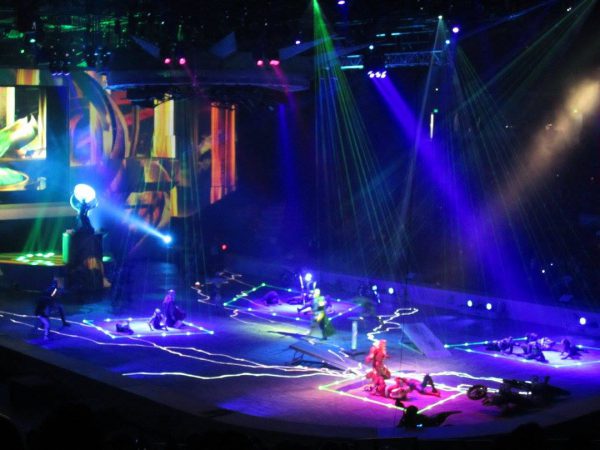 I am a Feld Family Ambassador, and in exchange for my time and efforts in attending shows and reporting my honest opinion within this blog, as well as keeping you advised of the latest discount offers, Feld Entertainment has provided me with complimentary tickets to Feld shows and opportunities to attend private Feld pre-Show events. Even though I receive these benefits, I always give opinions that are 100% mine.

This error message is only visible to WordPress admins